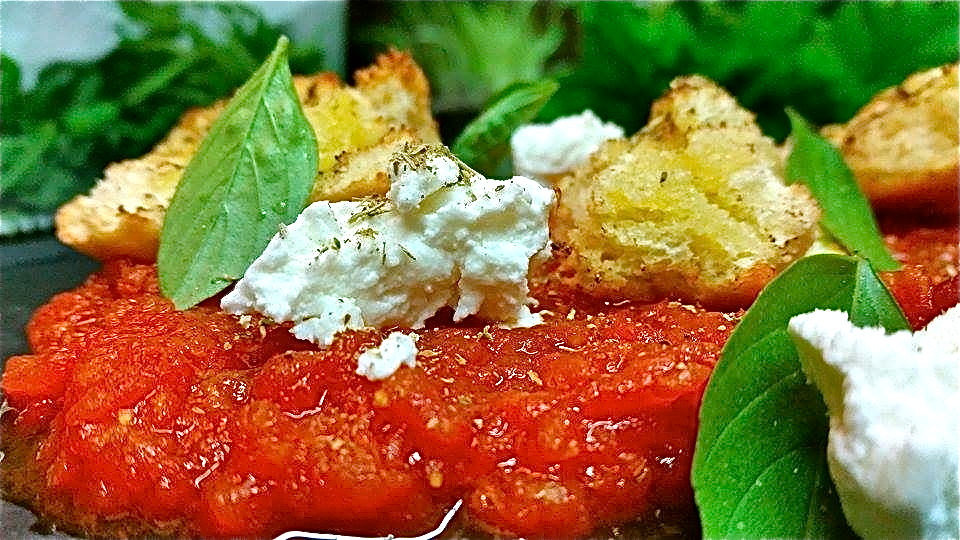 Older greeks still remember those thick rustic bread slices from their childhood, spread with tomato paste (most often home made!) and olive oil that their grandmothers used to prepare for them as a nutritious and fortifying snack right after school!

I am not sure if the Mykonos-based greek chef Panagiotis Menardos is that old to remember this. But as in his restaurant (www.m-eating.gr) he bases some of his recipes on traditionally greek ones , we all smiled when we saw that old snack pose in its new appearance on the Greek Breakfast buffet* .

That simple snack evoked childhood memories amongst the oldest and a smile from all participants who tried this “old is new again” delicacy. The well-travel attendees even compared it with its spanish counterpart, the typical toasted white bread slice served with fresh grated tomato and drizzled with olive oil, a breakfast that the majority of Spaniards have been enjoying for decades now. This comes as no surprise as both countries produce wonderfully tasting tomatoes and rank in the two top-positions in the extra virgin olive oil world production.

So here is chef Menardos’ contemporary version of this old food which emerged from the poorest but resourceful grandmas only to land transformed in a more affluent society’s table!

The taste? Incredibly retro-pure, satisfying and sweet to the soul. 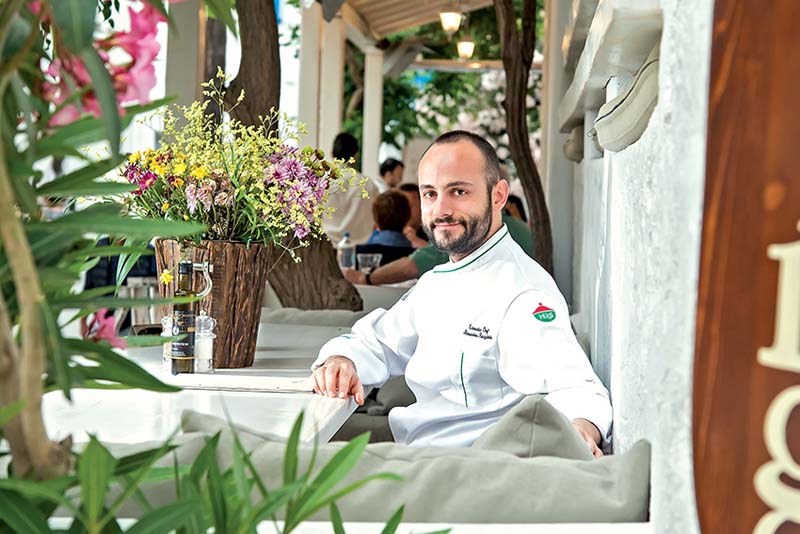 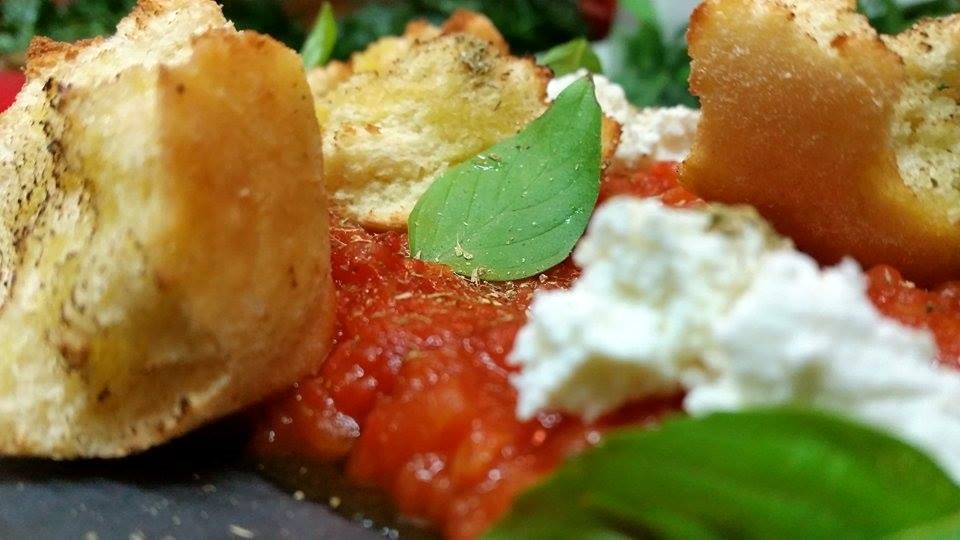 Start by preparing the sauce: Dip the tomatoes in boiling water for just one minute and then, using a slotted spoon, place them in iced water to stop the boiling. This way you can peel them easily (by removing the skin from the top to the bottom with a knife or simply pulling off the skin from the tomato with your hands).

After peeling, put them in a blender and pulse for a couple of seconds, making sure they are not entirely liquified. If you don’t have a blender, you can use a hand-held grater .

Place tomatoes in a pan with salt, pepper, a teaspoon of sugar, add the basil steams and boil vigorously for a few minutes.

When all liquids evaporate and the sauce has thickened, leaving vapor holes on its surface, remove from heat, check for salt, pepper or sugar and add some of the olive oil.

Cut rough slices of bread (avoiding the crust if it is too hard) and sprinkle with olive oil. Place the oiled bread on a non – stick skillet or grill it for 5 – 10 minutes, until golden in color.

To serve, first place the sauce on a plate, place nicely the bread on top, spread the cheese over the bread and sauce and sprinkle with the shredded basil leaves.
Add a splash of your very best virgin olive oil and… kali orexi (bon appetit in greek)!

*The “Greek Breakfast” program designed by the Hellenic Chamber of Hotels aims to highlight the diversity of products in different regions of Greece and introduce the Mediterranean diet to hotel guests (for more info please visit: www.greekbreakfast.gr) bringing together producers and consumers.
(The specific one we attended was on Mykonos.) 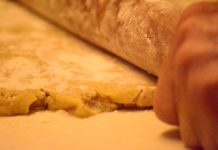