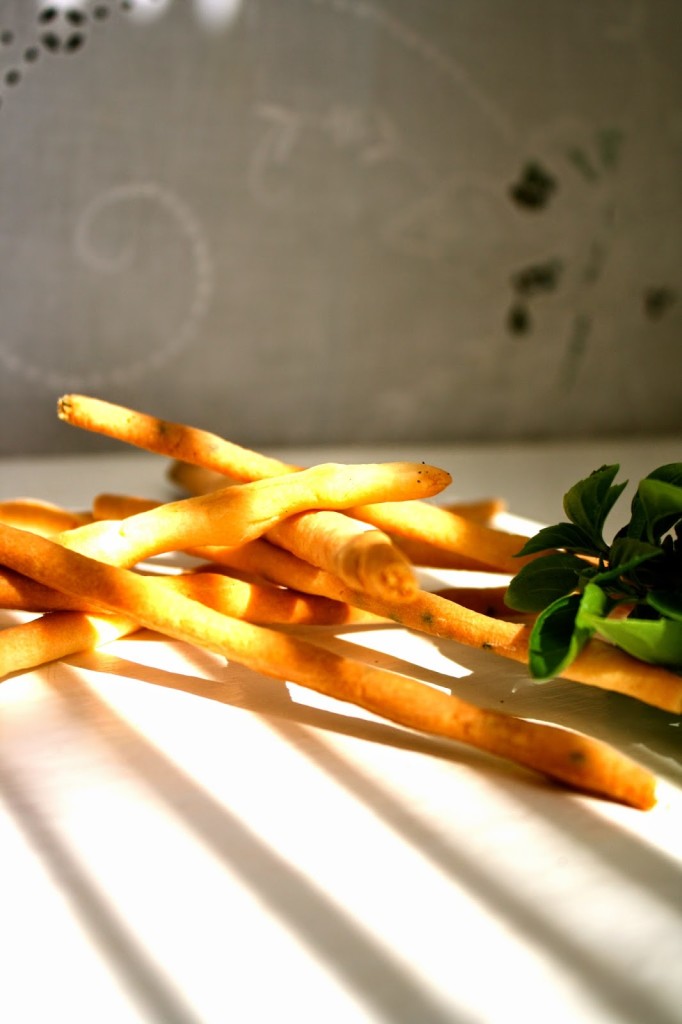 Mykonos is one of my most beloved Greek islands and my second home since 1977. It’s from there that I obtain their tasty kopanisti, a mature , tangy cheese (which faintly reminds of french roquefort) made from sheep and goat’s milk.

It’s a cheese that’s been present in the daily life of Mykonos for at least two hundred years, and every household makes their own variation of it (one is more peppery, another more buttery, others use goat or sheep’s milk from animals that graze on the northern part of the island and others from the southern part…), so, as you can see, there could be as many as 300 different varieties of this cheese yearly, each with its own distinct notes and flavours. 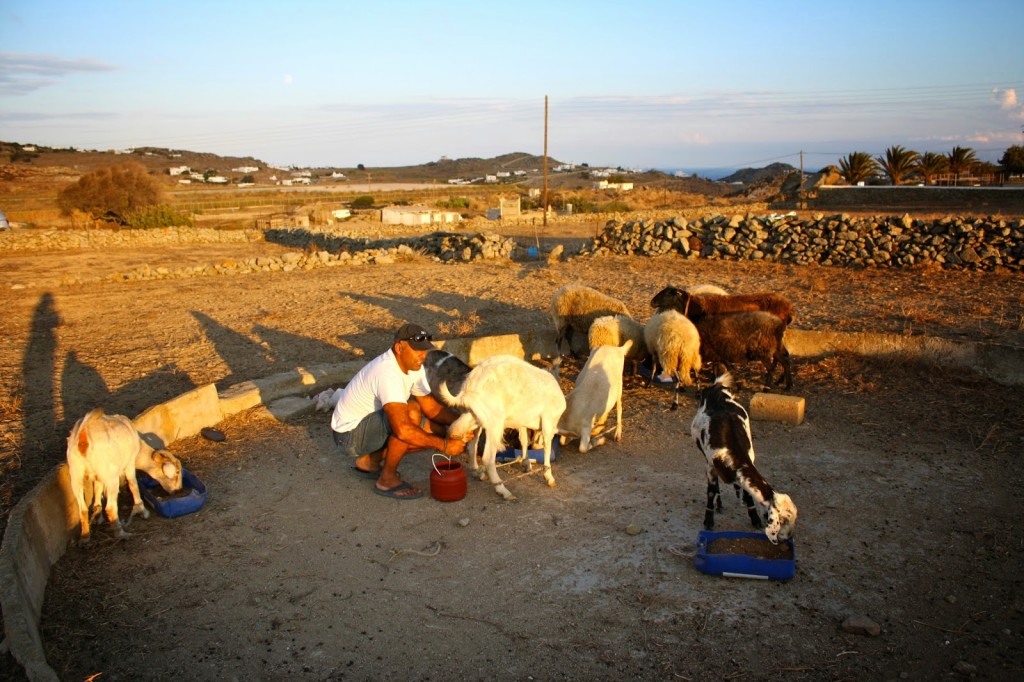 The Gastronomic Club of Mykonos even organized a Kopanisti Festival , dedicated to this special Cycladic delicacy. The organizers explained to food bloggers and journalists that were invited the traditional methods of preparing this cheese, as well as the new small dairy units that started operating on the island recently. There is , for example, a superb little unit on the island, in the village of Ano Mera, and another one being built now, as well and old workshop open to visitors who wish to learn more about this tasty Mykonian cheese. 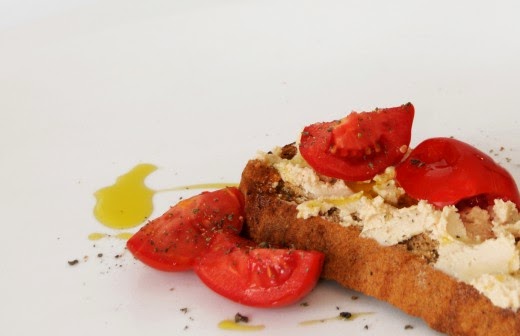 Kopanisti from Mykonos can now be readily found in the Athens supermarkets (Sklavenitis, Thanopoulos, Miran on Evripidou Street) and is, of course, served in a growing number of restaurants and taverns on the island as a meze. The typical mykonian way of serving kopanisti is as a mostra with fresh tomatoes (or grapes) and olive oil drizzled on top of a lightly soaked thick rusk.

Kopanisti is a traditional product of Mykonos – their flagship, let’s say. Alongside their Louza (a salt-cured pork meat that is thinly sliced like the italian prosciuto), their ‘brown-eyed beans’ (like the black-eyed variety, only with paler ‘eyes’), their macaroons and their Tirovolia cheese, they make up the core of the time-honoured cuisine of Mykonos. Kopanisti is produced on other Cycladic islands, too, (Tinos, Naxos, Andros, Iraklia as well as Cefallonia), that’s why its appellation d’origine is from Cycladic islands and not from one island in specific.

I learnt this and much more, on the three-day long Kopanisti Festival, from the gastronomic researcher and writer, Dimitri Rousounelos – a born and bred Mykonian and founding member of the Gastronomic Club of Mykonos, an organisation that aims to familiarize Greeks and foreigners alike to all the products, dishes and producers of the island and revive old recipes and cooking techniques.

Acclaimed chefs working on the island’s restaurants and collaborating with grandmothers that still possess the art of cheese making, as well as the knowledge of traditional cooking, created miracles for guests to savor! 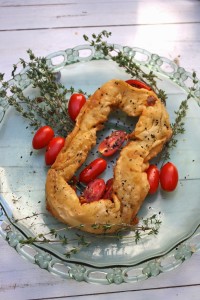 We also had dinner at the beautiful monastery of Ai Yorgi in Ano Mera, where a splendid menu was served, created by a number of excellent chefs (Yiorgos Venieris and his team, Yiannis Gavalas, Panagiotis Menardos, N. Aydini, Alsi Sin, Ben Provi etc), with all dishes based on kopanisti. Some impressive dishes too, such as a salad with ‘brown-eyed beans’, Imam with kopanisti, moray savore, handmade black orzo with lobster, tomato with traces of kopanisti, watermelon with chilled kopanisti, kopanisti ice cream, tirovolia cake with honey and many other dishes, were accompanied by Triambelo 2013 (a wine from Xidakis’ Mykonos Garden). 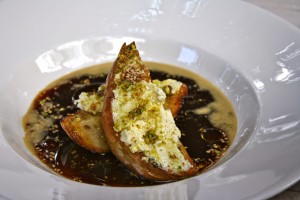 It was a joy to accept Dimitri’s invitation to participate in the 3-day festivities in honour of kopanisti last summer. So, overflowing with pride, I prepared a simple recipe I like to contribute – Spicy Breadsticks with Kopanisti – a recipe which is published in Dimitri’s book dedicated to Kopanisti.

It was also a great joy to be able to give something back to Mykonos, a place which has given me so much, but also to the worthwhile people who try to create something unique on this land. The chefs cooked delicious foods for us, such as stuffed quail with kopanisti (by Panagiotis Menardos/M-eating), Crunchy Fyllo Ribbon with kopanisti filling (by Yiannis Gavalas/Bacalo)…and the rest, you can read in Dimitri Rousounelos’ book .

I include the recipe here and hope kopanisti (which, with its piquant flavour has many…’piquant’ fans, as well as critics – as does the greek island of Mykonos, after all), will find creative ways to sneak into bakeries, groceries and the menus of talented chefs – they, after all, have to prove their worth every year on one of the world’s most visited places! And, I dream of a day when kopanisti finds its way to international menus, something that, I have no doubt, can be achieved once the chefs of Mykonos put their minds to it… 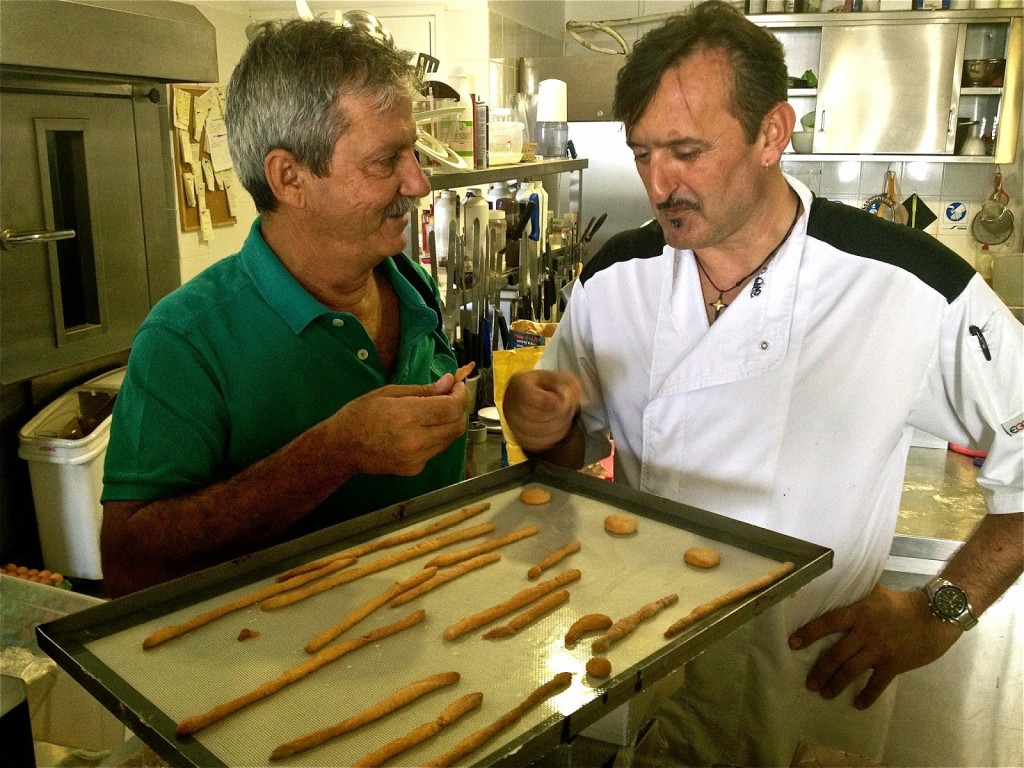 I have to mention Niko Koukiasa of Casa Dolce, the Mykonos gelateria that’s the only place in the world to serve … kopanisti ice cream. Yes, you heard right! Ice cream made from kopanisti cheese! And I have to thank him because he performed some…magic…and made sure my breadsticks didn’t end up being too fragile and crumbling!

Mykonos is a charismatic island, full of beautiful and dynamic people oozing with creative ideas and love for their land . Congratulations to all who try to make it a better place, both for themselves and for everybody who feels it’s a second home to them, myself included. 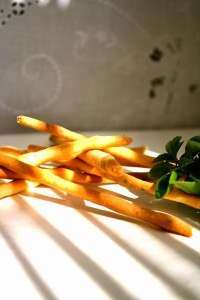 Place the kopanisti, the flour, butter, ariani, cornflour and pepper in a mixer (with the dough appliance), and knead.

Knead a little, only until the ingredients are blended together.

Wrap the dough in a plastic membrane, press down so it creates a 2 cm/0.79 inches flat dough and place in the fridge for 1 hour.

It’ll be easier to work the dough when it’s cold, so prepare other things before taking it out of the fridge: dust a large surface with flour and cover a baking tray with some greaseproof paper.

Roll out each piece of dough on the flour-covered surface into thin breadsticks. *

Lift the breadsticks carefully, and place on the baking tray. Sprinkle with kalonji, sesame or poppy seeds.

Bake for 10-12 minutes, until they’re a light golden brown. Let the breadsticks cool down completely in the tray before serving them.

* The kneading of the dough needs…’a light hand’ and some patience because, the longer and thinner the dough becomes, the more it starts warming up and begins to break when we lift it to place on the tray. This spicy dough can be rolled out faster and easier if we separate it into more little balls, pressing each one in the centre with our index finger. The choice is yours!