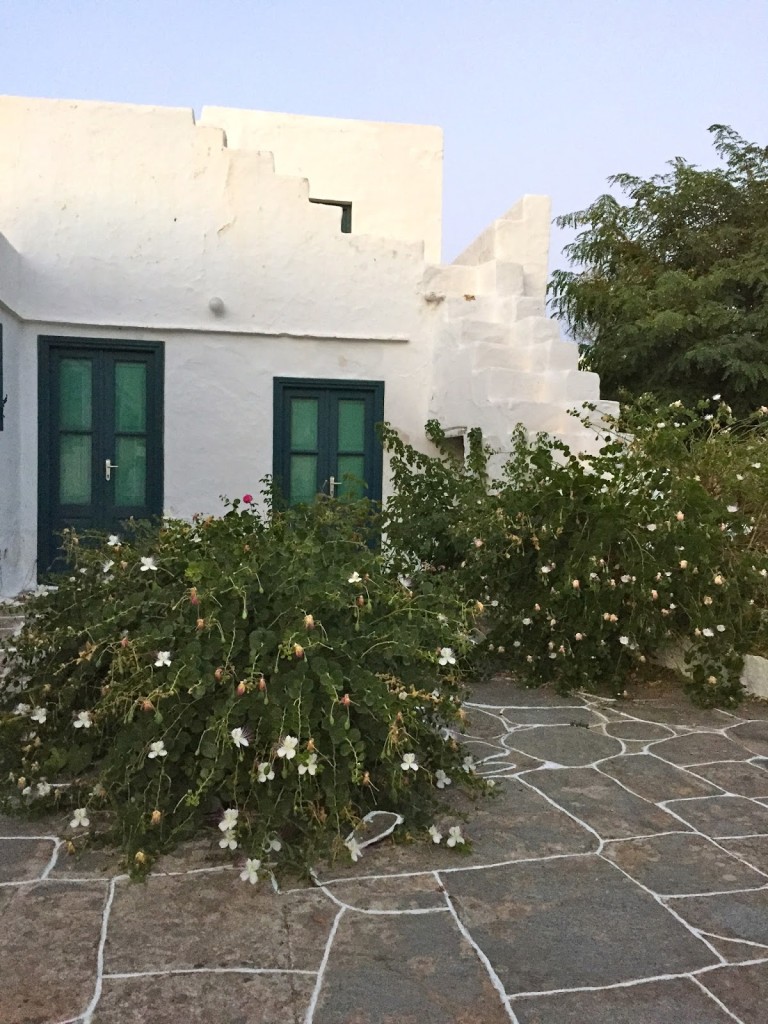 There’s a charming and unique courtyard right where the steps begin in Apollonia on the island of Sifnos.

In its centre are three huge plants, not geraniums, roses or a brilliant red or snow white hibiscus but…three caper plants! Three massive bushes, blooming and laden with large capers hanging off the lower branches like Christmas decorations.

As you’re going up the courtyard steps, you have to stop and admire not only this beautiful hidden patio and surrounding building (Apollonia is such a beautiful village, as is the whole island of Sifnos, which has a very noble and dignified air to it), but also this blossoming plant. It’s not immediately obvious that this wonderful bush is wild caper, the same kind that grows freely on all the rocky and craggy areas on Greek islands and hangs, vibrant and green, all across the Mediterranean and other distant lands. This is how we’re used to seeing this bush, not as a decorative plant in the middle of an inner courtyard. 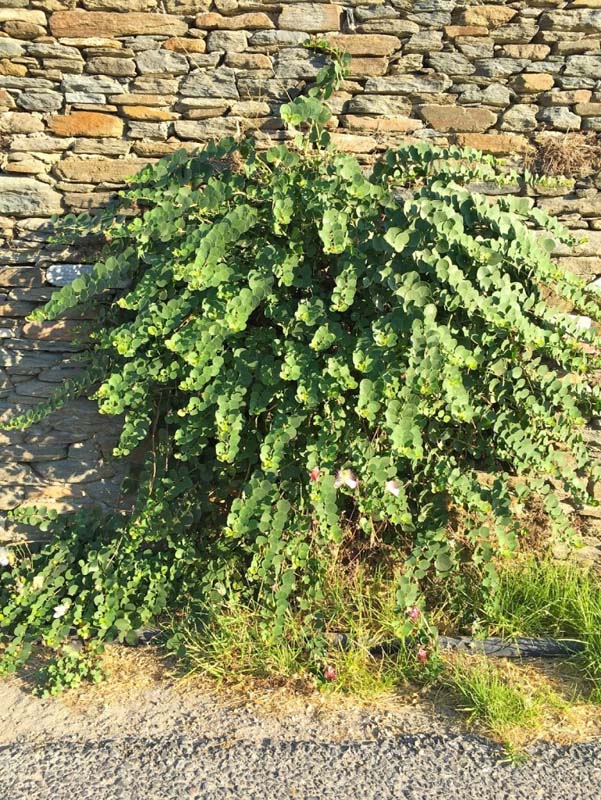 Caper bushes are a trademark of summer and Greek island cuisine, and Greeks love this plant. It’s a delightful garnish to almost any summer salad, it can decorate Cretan rusks and yellow split peas, it can become a caper salad, can go in mayonnaise, vinaigrette and pasta dishes, it can even make oven baked chicken, lamb and goat tastier with its particularly salty flavour, as well as mixed vegetables baked in the oven (onions and finocchio, for example). 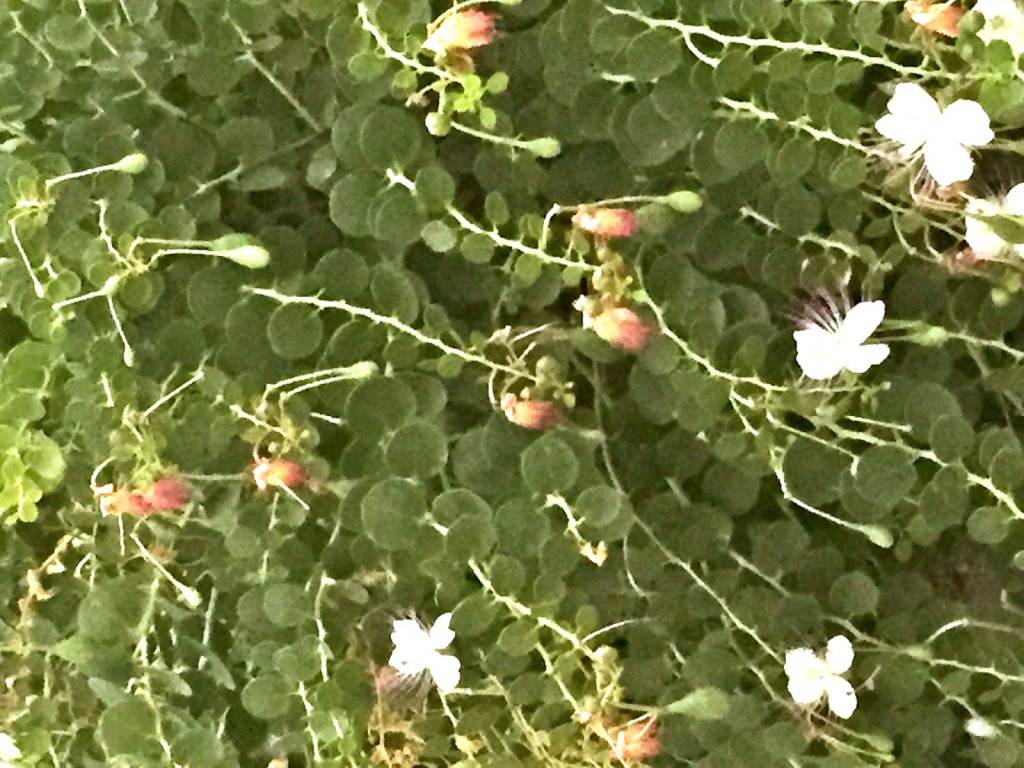 First, the small capers emerge (the ones that are usually harvested in May for pickling, the kind one finds in jars in supermarkets). The white flowers with the pink stamens appear a little later on, during summertime and, if they’re not cut straightaway, they begin to wither and become ‘small cucumbers’, or in other words, the larger capers that can also be pickled easily, the way the owner of the beautiful courtyard (who preferred to remain anonymous) explained to me.

‘Photograph the capers, not me,’ she said, and I, naturally, respected her wish. But, she also gave me her recipe for pickled capers. It’s a simple process that resembles that of preparing olives – a few days soaking in water to remove bitterness, then layering the capers with sea salt and, finally, sealing the capers in glass jars with vinegar. 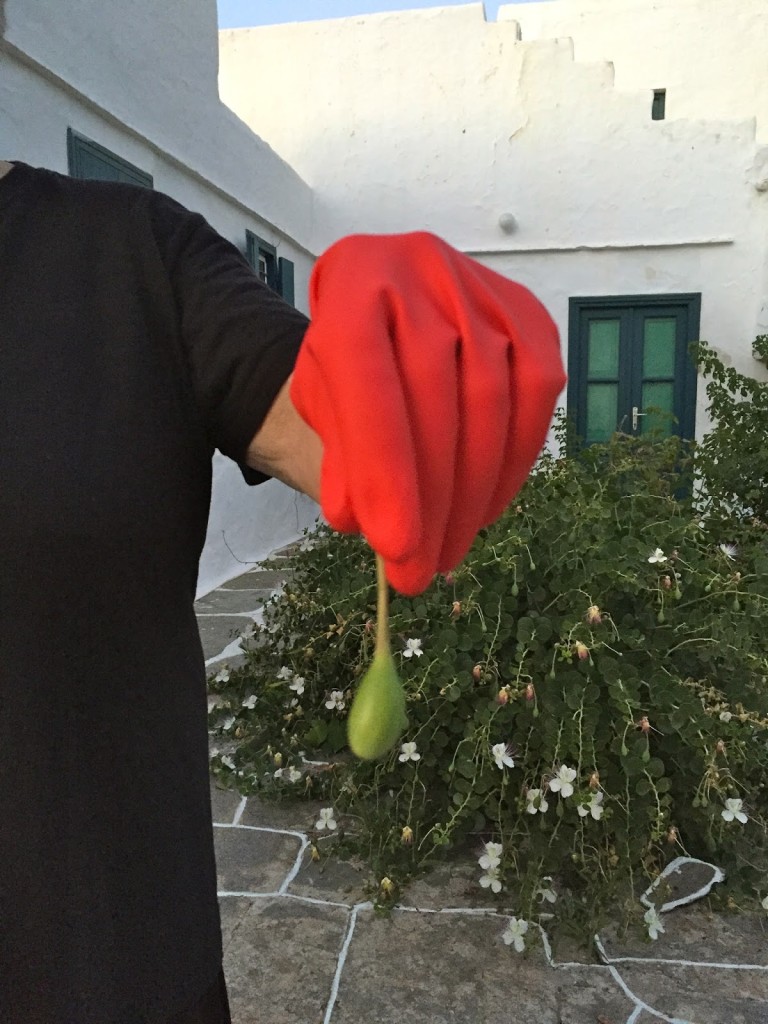 Cut the ‘small cucumbers’ from the caper bush and, if desired, remove the stalks.

The third day, rinse and strain the capers.

Place in a glass jar, making sure to cover the base with sea salt first, then add capers, salt again, then capers, and so on and so forth, until the jar is full.

As soon as the capers reach the top, fill the jar with white wine vinegar.

Leave the jars in a cool place and turn every now and then, so the vinegar and salt can be evenly dispersed.

The capers will be ready in a month.

Keep in the fridge.