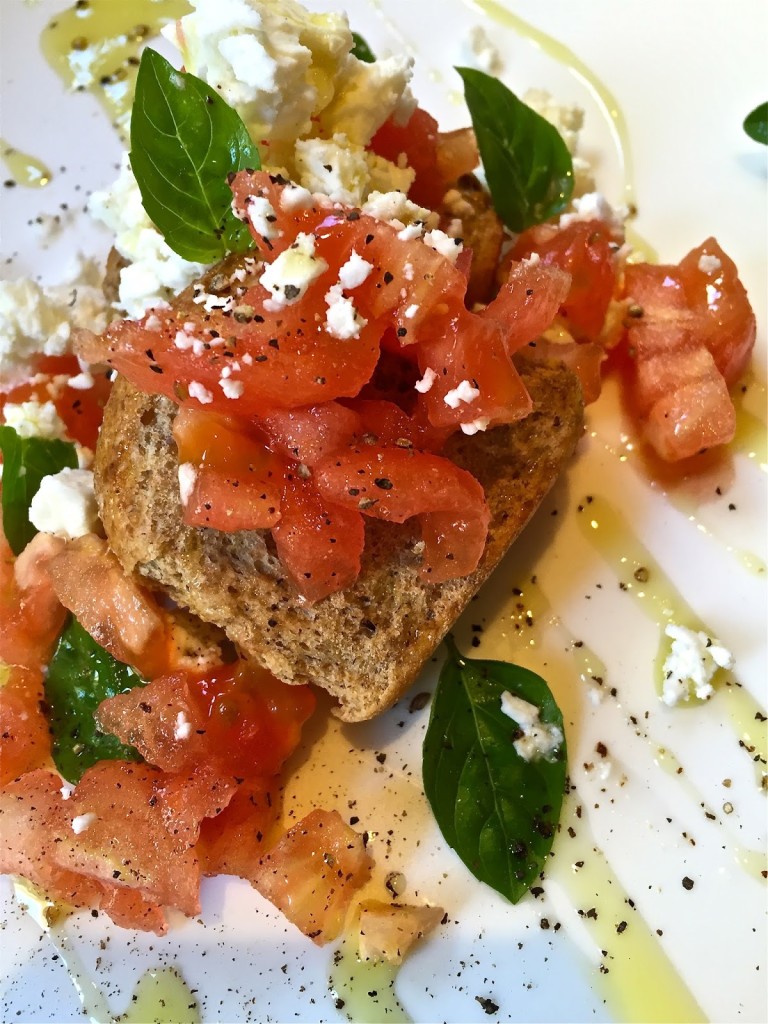 Dakos is the king of Greek summer! Omnipresent, in home kitchens, tavernas and restaurants’ menus alike, authentically served in its minimal version or loaded with extra local tasty additions, this delicacy from the big greek island of Crete can be both a meal in itself as well as a perfect started or summer meze!

Tasty, substantial and healthy, this large round Cretan barley rusk (because this is what dakos means in greek) is a summer dish we all love and enjoy. My very favorite chef Ottolenghi included dakos in his latest book Plenty More not only decorating it with black pitted olives, onions and capers but also admitting that he has …”a mild obsession” with it.

The good news is that to prepare a dakos treat, no cooking is required. All you need to do is soak the rusk for just a second under running water , place it on the serving plate and top it with whatever you like, making however sure that you keep the essentials, i.e. the grated fresh tomato, the olive oil , the goat cheese , the oregano and the salt.

You can garnish dakos with either a light greek goat cheese or anthotiro (a light , white and fluffy greek cheese made from cow’s milk) or even with a tangy crumbled feta. 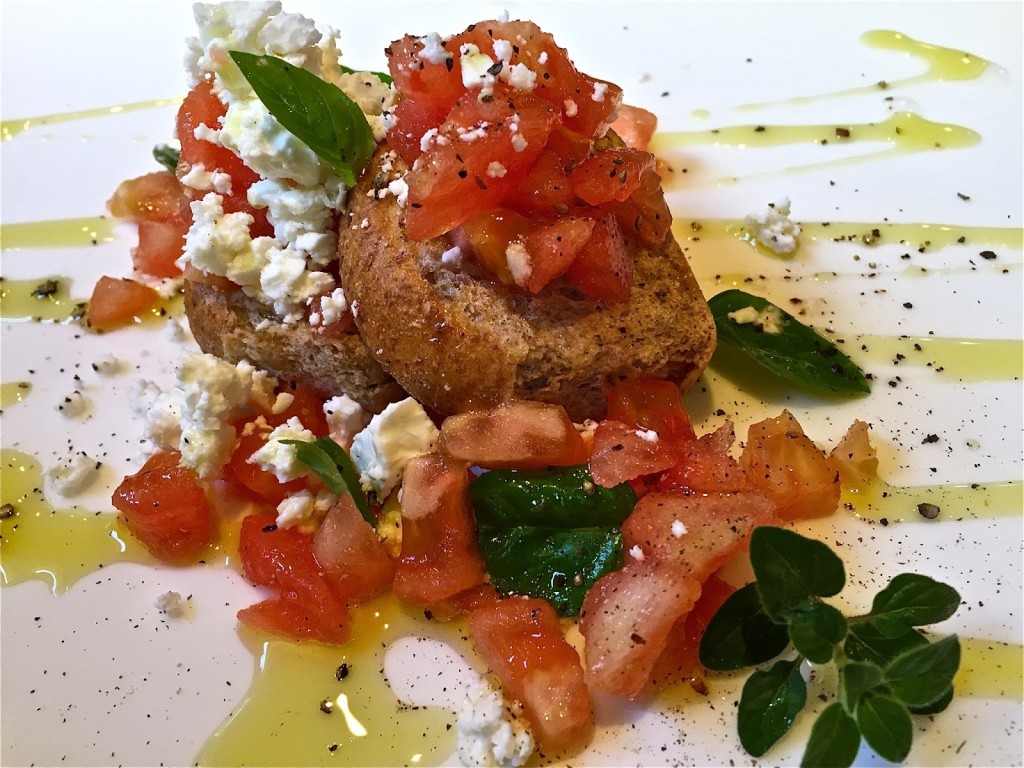 Why not also top it with a grilled sardine, peppery arugula and spring onions with some oil and balsamic vinegar sprinkled at the end?

Or spread over your barley dakos some Kopanisti cheese from Mykonos and cover with thin slices of cucumber to take away the sharp taste of this very special cheese.

Another idea? Put a spoonful of green peas pure on the barley rusk, add dried smoked pork (louza from Mykonos is my personal favorite) or rabbit apaki , finishing it off with a soft boiled egg, the yolk slowly melting at each bite.

To enjoy as a breakfast snack, squeeze over some orange juice instead of softening it with water and then add banana slices drizzled with lavender honey and dusted with cinnamon.

Breakfast option #2? Drizzle some honey and thinly sliced gruyere from Tinos or Naxos.

Spread with some basil or parsley pesto and add fried small shrimps or calamari.

Place on it fried eggplant chips and crumbled feta cheese finishing it off with a sweet fresh tomato relish.

Roughly grind it with two garlic cloves in a food processor. Add the mixture, just before serving, to any simple pasta or salad dish.

Blanket it with Salsa mexicana and avocado slices– dakos is a sucker for this!

In a glass or small jar suitable for serving food, break the barley rusk to pieces, sprinkle with cinnamon, drizzle with sweet red wine (greek Mavrodaphne is wonderful and so is Metaxa brandy) add some Greek strained yogurt or homemade xinomizithra cheese and some rose pedal jam in layers- there is your greek healthy version of an english trifle !

You can have it hard or soft, small or big, for snack, as a meze with beer or wine, serve it as a casual main course, breakfast, lunch or even dessert.
Do whatever you want with it, any time of the day or the night, dakos loves fondling and attention so the more you play with it the tastier it gets…

The ultimate summer lover: dakos! A life saver, whether starving, broke or faced with unexpected visitors . 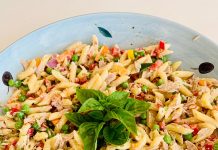