How has the crisis changed the way Greeks eat?

What’s changed in the last five years? Are we eating differently than we did ‘before the crisis’? What are our most recent preferences? How do we go about our shopping and who cooks at home now? Are we just eating less, cheaper and junk or becoming more aware of what good food is and how we can stay healthy ? 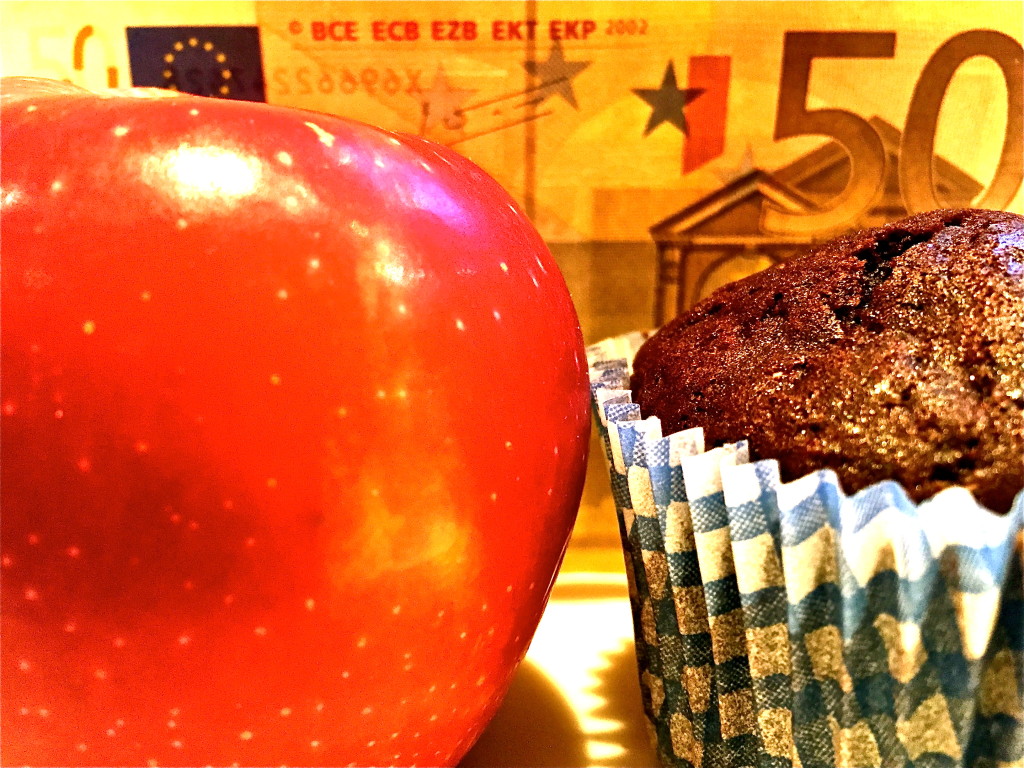 I met up with Mitsi Georgaki, CEO of Explorer Research (A Market Research and Analysis Company) and I found out all about today’s eating trends in Greece.

But first, I had to ask her , what are the famous ‘eating trends’?

Her definition was so inspiring : “Eating habits of a population are slowly and gradually assimilated practices which happen over a length of time by the people that inhabit a specific place.

However, in the last “crisis” years the current food trends in greek big cities (and worldwide!) are a result of a superficial imitation, influenced by globalization (i.e. with new foods trendy elsewhere but unknown to the greek population) as well as habits imposed by the ‘crisis’ that (from 2009 until today, in only five years) have made us change the way we think and eat.’

‘A modern day privileged consumer is one who can guarantee

basic unrefined food for himself.’

‘In other words, we haven’t changed our habits because of personal choices but because it’s been imposed on us. For example, we haven’t reduced our cheese consumption, drink less soft drinks or order less take-away (except for souvlaki which is still quite filling in relation to how much it costs) or because we’ve realised that it can be harmful to our health when eaten in large quantities, but primarily because we were obliged to do so financially. And, secondly, we have changed our eating habits because we’ve become influenced by the trend for a healthier way of living.’

Therefore, there are two contradictory eating trends right now: cheap and healthy! However, in our minds, healthy eating consists still of animal proteins as well as  yoghurt and cheese.  Cereal, salads, pulses, fruit and all that are considered either more expensive or harder to find and cook. Because of the financial blow, we tend to buy less of these food categories and -when we select food- we always look for the lowest prices.

So, have chickpeas and lentils become our main source of cheap protein, I ask eagerly?

“Alas, no! Modern day Greeks don’t think of pulses as the perfect food for general fitness but only if you’re following a prescribed … healthy diet.

*On the opposing side of this trend is the privileged consumer who can guarantee basic unrefined food for himself. He’s the thinking consumer with a higher income and level of education, but also the person who wants to offer the best to himself and his family, even if that means cutting expenses and downsizing something else…

* The ‘without’ or ‘free’ trend – gluten free, sugar free, fat free, without preservatives, but also…not exactly knowing what it is we’re cutting out and why it’s harmful for us!

* The internet has become a main source of information on nutrition, new products and cooking, as well as a new way of ‘describing’ food.

* Key words, such as: traditional, organic, produced locally – are beginning to matter more when it comes to buying our food.

* There’s a preference for Greek products that are considered fresh, tasty and healthy, and by consuming them we also support our country…

* Healthy food and good basic ingredients have begun playing a more important role in what we consider good and nutritional food. At least in theory, we may know what is good for us but eat differently…

* We are generally becoming increasingly more interested in food, something which is seen by numerous cooking shows on TV, chefs who are gaining fame and are loved by the public, nutritionists… “We gather in people’s homes more now and enjoy larger portions of well cooked food…”

* Socially we’ve become more sensitive, we’ve cared if our neighbour had food to eat and we’ve become involved in the municipal and NGO social networking groups that help our fellow humans.

* We’ve learnt how to make supermarket prices work for us and we’ve finally found out how much a kilo of tomatoes costs in the local market, and got rid of feelings of shame when we buy just two apples or half a watermelon, because, now, we buy only what we need and don’t throw away anything!

* We’ve remembered old recipes for pulses and different types of Greek pasta, we’ve reduced our intake of meat and fresh fish. “A growing number of young people have gone back to eating at home again, so our daily consumption of food and cooking at home has increased, in comparison to the decrease in ordering out and eating at restaurants and tavernas.”

* We now buy food more wisely and throw away less, since we pay more attention to what we waste and how we can minimise it. We recycle yesterday’s lunch or dinner with clever suggestions found on the internet or seen on TV (for example, yesterday’s spaghetti becomes a pasticcio, last night’s boiled vegetables become a cheese soufflé).

* Parents offer their children more of what they ‘should’ eat as opposed to what they ‘want’ to eat because there’s less money and so eating healthily becomes top priority. 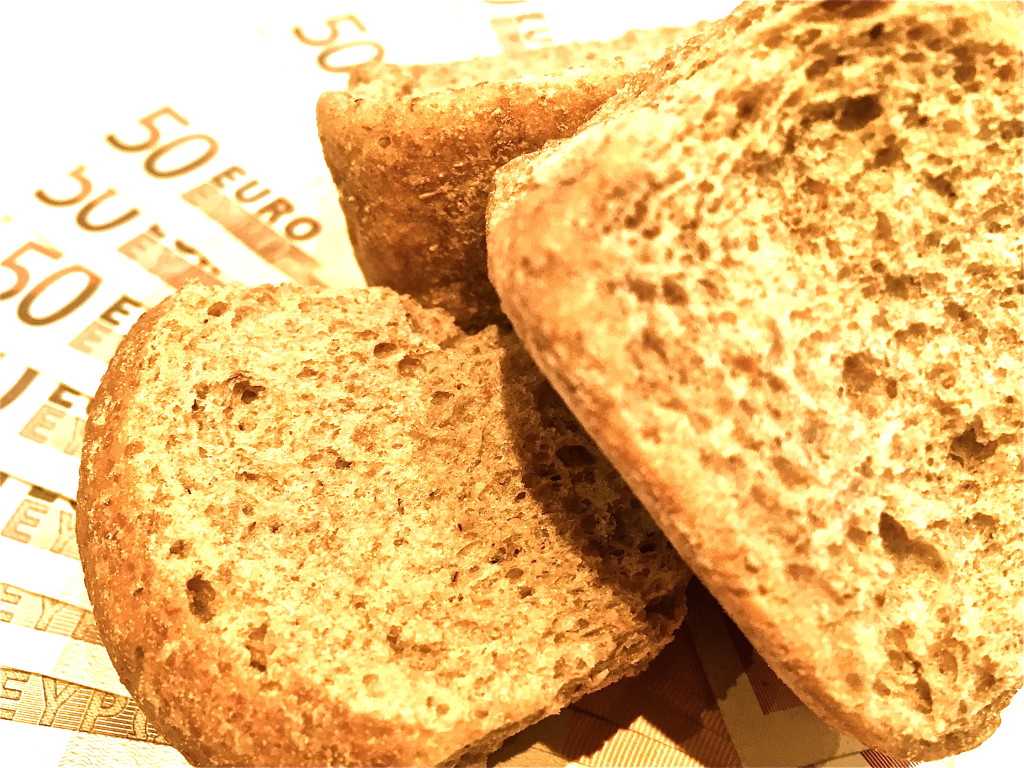 * But, by buying only the utmost essentials and less snacks, we rightly experience a small emotional ‘lack of pleasure’, especially children…

* We now buy products that are consumed by all the family, ignoring particular preferences of each member (e.g. one cheese for all, not one type of cheese for each person).

* The consumption of flour has sky-rocketed, and pastry making at home has also increased.

* Cooking is done by one person at home (usually the one who’s unemployed, regardless of gender) which gives them a feeling of offering and caring for their family even if what they’re cooking is not objectively nutritious (but because it’s home cooked, it’s considered good and is appreciated).

* Men are cooking more, especially ones who are single or…vowed bachelors. In addition, most chefs on TV are men and this helps a great deal! They’re experts at BBQs and experiment with ‘more difficult’ dishes and…not the kind their mothers’ make!

* But, because of the crisis, we are generally experimenting less and choosing to play it safe and stick to ‘tried and tested’ recipes. Even if the recipes come from TV chefs, we prefer them not to use strange or a large number of foods, but instead we opt for familiar ingredients used in alternative and new combinations. Certainly nothing unusual or out-of-the-ordinary is cooked, just in case some members of the family don’t like it and we end up having to throw it away.

* Frozen foods still remain the easy option (especially vegetables, even though more and more people are shopping from local markets now). Generally, we don’t opt for partially cooked frozen meals (which only require a little boiling or baking), unless they’re pies and, to some extent, pizzas.

* Visits to the local fruit and vegetable markets have increased, since unemployment has mostly affected women, and there’s more time now for leisurely and unhurried shopping outings. Organic local markets are still considered expensive and many mistrust the whole concept of ‘organic’…

* More than half of us eat something for breakfast and even more so over the weekend! Bread and honey tops everything, bread and marmalade less so, and even further down in our preferences come different types of cereal and the now-legendary ‘cheese & ham toastie’!

* The No #1 animal protein is chicken, because it’s cheaper and easier to cook. It’s followed by beef and pork, whereas fish consumption has decreased dramatically due to being expensive, the most popular being small and cheap fish.

* An interesting trend is the ‘better me’ one – as in: I want to become better, eat better, feel better spiritually and physically. Ideally, we would also like food companies to improve, produce better quality food and show a more humane approach to their consumers…to care…

An noteworthy international food trend that’s appearing, is our need to belong to a ‘tribe’ with similar values that determine – amongst other things – our tastes in food. But this is another fascinating research that’s ongoing as we speak…

We would like to thank the researcher Mitsi Georgaki for providing us with data from the Explorer Research studies. 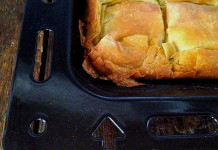