Make your own aromatic sea salt! 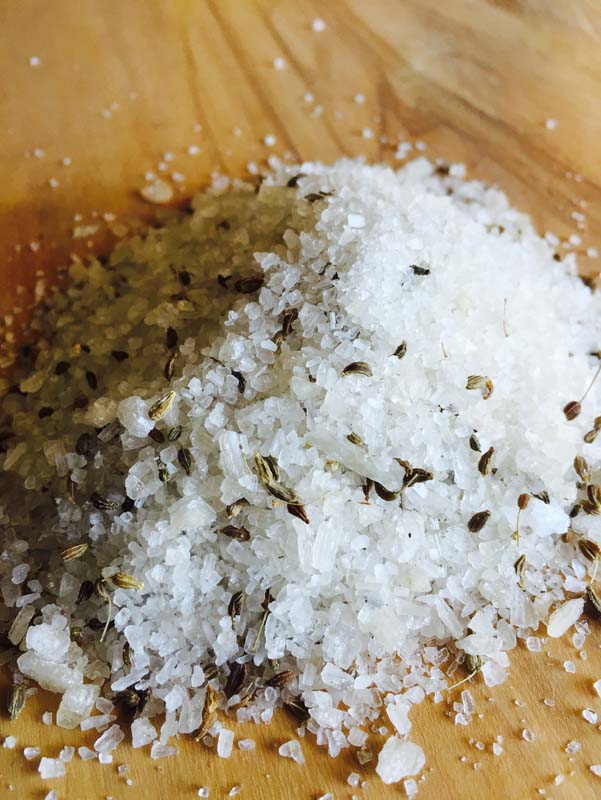 Ever wondered what gives extra taste to greek tomatoes , for example? Or to the greek salad and the home-cooked fries that you tried while in Greece?
It is the olive oil and the sea salt!

Greek foodies swear by it and top restaurateurs use it next to perfectly grilled meats and fish for the guest to sprinkle it on his meal.

Some Greeks even prefer to gather it themselves in the summer and early Fall from the rocky formations of the greek coastline which contain seawater which evaporates and crystallises into salt. Waves have created small pools , holes in the rocks, that keep the sea salt and once the water evaporates, there remains a white frosty layer of the purest and tastier sea salt around.

This sea salt is gathered and washed, then dried and then enriched with dried herbs adding flavor to anything from a boiled egg and grilled rustic bread with olive oil to dakos, fried fish , grilled meats and salads.

Why don’t you try to make your own aromatic sea salt and offer it to your foodie friends ?

Add all spices and herbs in the jar , alternating salt and herbs in two or three layers to ensure that the flavor infuses all of the salt grains from the top, middle and bottom of the jar.

Close lid well for a week and store in a dry, dark cupboard.

Make sure you use the aromatic salt when flavor is needed and your other ingredients do not contradict with the salt’s flavours . 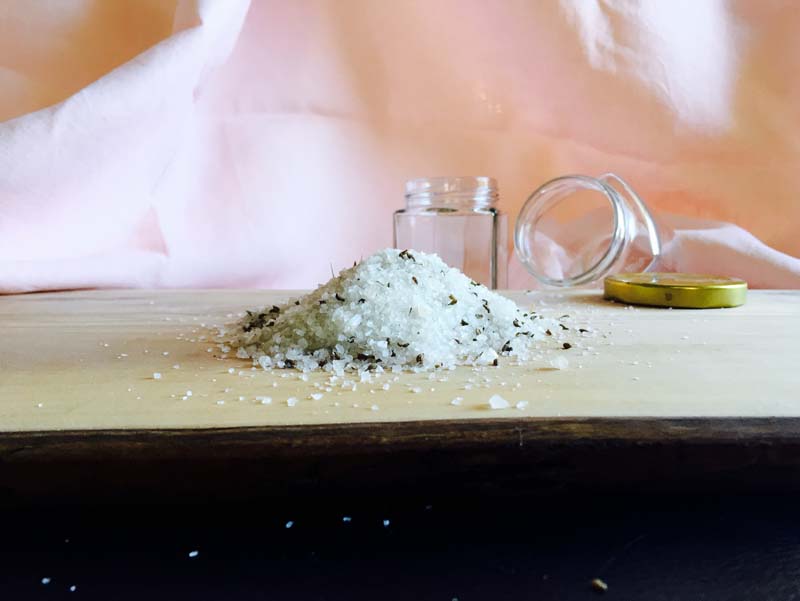